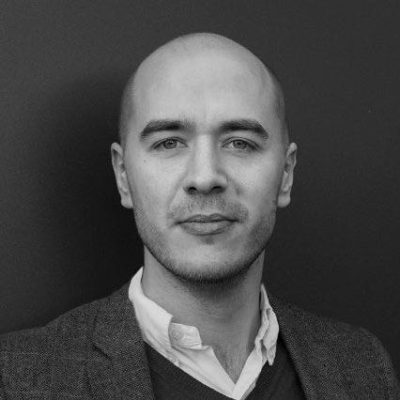 While virtual reality technology has been around for while, the technology has only recently advanced to the point where both consumers and companies are rapidly exploring the many applications. Immersive VR is a studio that focuses exclusively on producing virtual reality experiences, augmented reality experiences (like Pokemon Go) and 360 video (which most of you have probably seen on Facebook). While only a few years old, Immersive VR has already landed big clients like Yamaha Music, Dr. Martens, and more.

Even if you’ve never put on a VR headset and you never plan to–Matt’s story shows how embracing cutting edge technology can put your agency in a class all its own.

Be sure to check out Immersive VR at www.immersivevr.co.uk/ to learn more about Matt’s company.

Matthew has worked in media for nearly 17 years. He cut his teeth leading creative campaigns for radio, print and online across various agencies in the UK. Then, in 2009, Matthew upped sticks and relocated to Switzerland where he created Media Frontier – a digital design agency based in Geneva. In just five years he helped Media Frontier grow from a one-man band to a full-time team of eight and worked with some of the largest organizations in the region – Nestlé, Dupont, the World Health Organisation, UNICEF and CERN to name a few. He returned to the UK in early 2015 and founded Immersive VR along with his business partner and Technical Director James Burrows. Immersive VR has grown in 19 months from a team of 3 to 11 and worked with the likes of Ikea, Ericsson, Roche Pharmaceuticals, Johnson and Johnson and several Premier League soccer teams to name a few. Immersive VR specializes in virtual reality, augmented reality, and 360º video.